I’ve spent a little more time than intended on my new wishlist tool, which is going to help me structure my further developments of Redblade 3.5 and Redblade CG.

This means the Redblade CG release and Redblade 3.5 Open Sourcing will take a little longer. I’ll keep you posted! 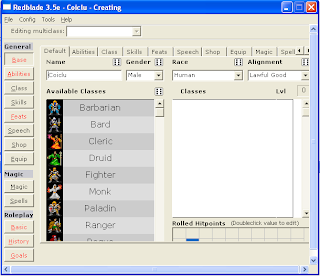 Just archiving Redblade 3.5’s source and putting it online is not going to be enough; ensuring its survival requires a developers guide and removal of its Delphi dependency.

For that reason I’ve downloaded an open source development environment instead; the latest version of lazarus, a Delphi emulator backed by Free Pascal 2.2.2

It was suprisingly easy to create a proof of concept working version of Redblade 3.5, as you can see in the picture.

I think a few nights of coding should be enough to create a polished Windows version, and if we’re lucky, a Linux and Mac. OS version. Any testers?

After reading up on all the pleading posts on the Redblade forums I’ve decided to release Redblade’s 3.5 source code into public domain, and Release CG as is. I would like it to become a successful open source project eventually, but for now I want to see if it has a chance.

I’ve always found it hard to balance time between projects, social life, an work. Staying loyal to one project implies abandoning or at least pausing others, and Redblade CG and Redblade 3.5 have, in a way, fallen victim.

I’ve been asked many times to complete Redblade CG, or at least release the source so others can complete it.

Redblade 3.5 still has a nice user base and I would like to release the source as public domain eventually. It has reached its expiration date though, so beyond a few bugfixes I have no plans to change it, now or in the future.

Redblade CG was very close to completion when I put it on pause, and I’ve always been irked by its non-release. Still I think it requires one or two months of attention before its fit for release, and that’s ignoring the whole D&D 4e debacle. I am considering an unofficial release now to see what people think; if it gains enough momentum I might be willing to put some effort in.

Elder brain can now be played online via the permanent link to the right. There isn’t a lot of gameplay yet, but you can at least give some of the features a try.

After clicking some dialogs java webstart will start downloading the components you need. When asked to accept a certificate, do so. Afterwards Elder Brain pops up showing the menu. Click ‘G’ to awaken the brain and start playing! 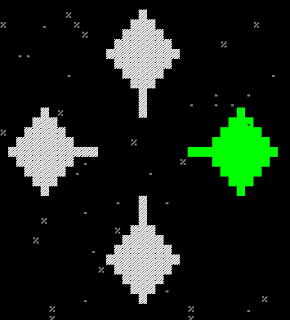 One thing I really like about Dwarf Fortress is laying out the perfect fortress. But it’s a time consuming job, so I added the ability to create chamber templates to see how it affects gameplay. 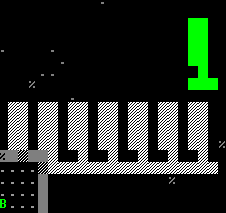 Some other ideas for later:

Carrying and transporting items is a reality.

Jummy, brains! When one of your min defeats an enemy, it becomes prone, allowing any flayer to enslave, slay or devour the target’s brain. I’ve also bumped creature life so fights take a bit longer than a single strike.

Right now the only desirable

options are enslave or devour, as devour heals a wounded flayer, and there is no penalty for enslaving. We will mend this in the future, when the player will have to balance thrall against resources and available flayers.

Just a little update here. Enjoying their first victory, my flayer and its truste 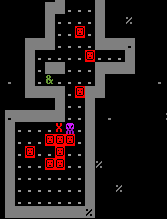 d frogman thrall wade in the heaps of gnome (and some flayer) corpses. The battle was intense.. and pretty boring. I miss some splatters of blood.

I think we’ve got the exterminate part covered. Now to allow an in-between step. By adding a ‘dying’ state we can provide a window of opportunity to enslave.

Lets inspect the main elements of mindflayer economy that center around interaction with outsiders: